You are wrong Shane 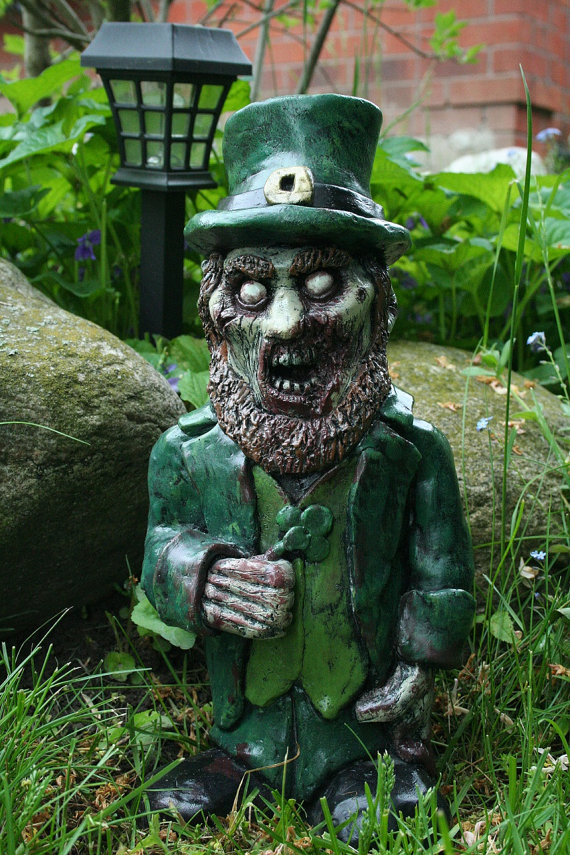 Welcome back Guys and Ghouls!

Its been far to long..

Needless to say our website was long overdue for an overhaul, but hey, No one said there was time spread a worldwide zombie gnome apocalypse AND learn web design :p

Thanks to our good friend Peter from Amagicreative we finally have a beautifully updated website with our own store!!

If ya like the look our site or need any graphic design, web design, video production or animation done get at him: peter@amagicreative.com or http://www.amagicreative.com

Now we can spread the infection directly to you without any need for middlemen/middlewoman, and god knows we don’t need anymore middlemen or middle women :p

Be sure to check back soon as we are still in the process of adding more Zombie Gnomes and undead delights to the shop and we’ve got plenty of exciting new projects in the works for 2015! 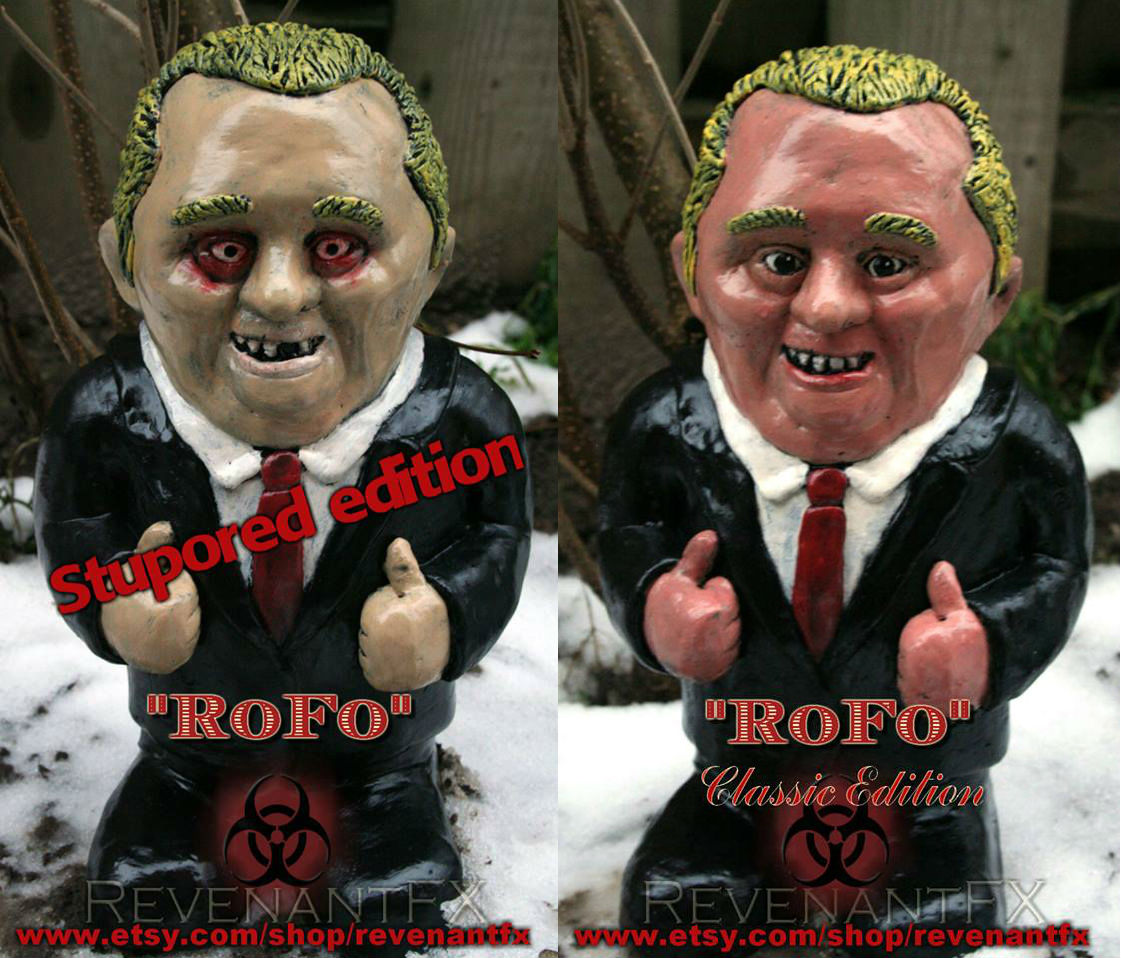 So… In a slightly different direction than usual we’ve made a parody gnome of the notorious Rob Ford.
He comes in both a “Classic” and “Stupored” edition and he’s available now in our Etsy shop..
http://www.etsy.com/shop/revenantfx

Can’t Get enough controversy from the media about Toronto’s mayor?
Than it’s time to bring the mayor and all his controversy to your garden!

That’s right folks, now you too can have your own political circus right on your front lawn!
Your garden gnome community will now have a leader to look to and follow on all their gnomish adventures.
Allegations will run wild
Alleged drug use will be rampant
Alleged scandals will be plentiful
All in an alleged “drunken stupor” right on your front lawn!

Adopt this gnomish RoFo, bring him home today.
Place him in your garden and you can be sure thats where he’ll stay!
For In search of food and pleasure some gnomes will tend to roam
..But in the case of this gnome, he’s got enough to eat at home

Each of these mythical mayoral figures are sculpted meticulously in water/oil clay, cast in rock solid premium grade gypsum cement.
Then hand-painted to bring out all of their mayoral detail (and to ensure that no two are exactly the same).
Lastly, they are each coated in a high gloss outdoor sealer to preserve their charming looks
and to help prevent any further mishaps by means of weather. 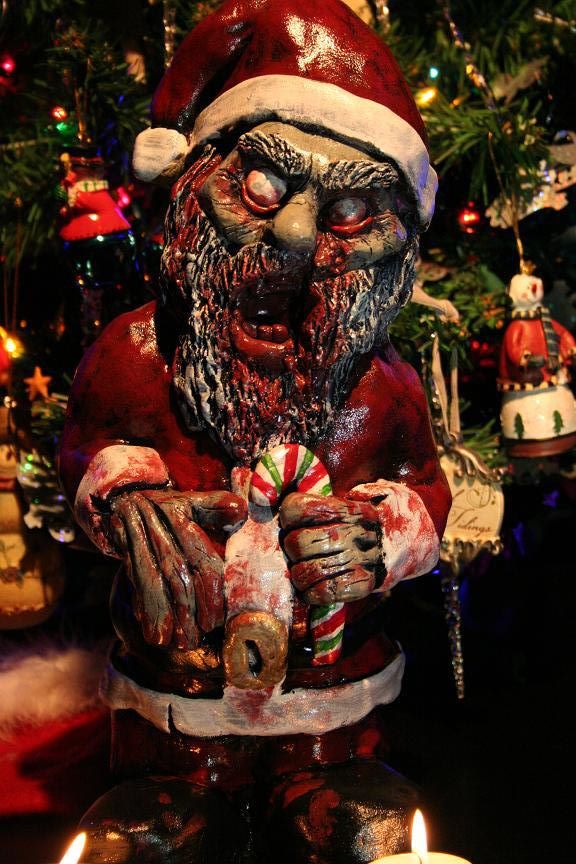 The Gnome for the holidays contest has begun,

time to bring the walking dead to your garden!

Head over to our Facebook page for your chance to win a free  zombie gnome!

The guidelines are as follows:

If you’ve always wanted to infect your household but haven’t had the funds to do so, now is your chance with our “Gnome For The Holidays” contest!
All you have to do to enter is “like” our Facebook page RevenantFX
and share this post on your wall and you’ll be entered to win!
One lucky winner will be picked at random this Sunday Dec.1st
to have a FREE ZOMBIE GNOME of their choice shipped to them.
Good luck and happy hunting fiends

It’s that time of year again the countdown has begun!!
Only 7 days remain until RevenantFX joins the recently deceased and takes to the streets once more to infect the living at Toronto Zombie Walk 2013
Come join us for a gruesome day of blood, guts and gore featuring undead entertainment, ghoulish vendors, thousands of zombies and the beautiful “Trash” from Return of the Living Dead AKA LINNEA QUIGLEY!!

For more info on the walk check out the site : http://torontozombiewalk.ca

Also RevenantFX will be bringing along a few fresh new Zombie Gnomes !

First up is the recently deceased

This ravenous Gnomish Cadaver is the brother of the late, great Seymour Guts.
His thirst for Brains is only matched by his hunger for guts!
Eatmore Guts will be sure to infect everything else in your garden/home one blood soaked, viscera covered entrail at a time!

Next we have our new and dismembered :

A shredded mess of blood, guts and gore
Poor little Donny can’t walk no more
Gone are his gnome feet, calfs and thighs
Now everywhere he crawls something dies
A gnome once proud with his gnome hat on head
Now just another of the gnomish undead
Entrails, ribs and spine all on display
Bring Donny home to your garden today!

And last but definitely not least:

Behold The Great Pumpkin Corpse!
Risen from his pumpkin patch grave just in time for Halloween
This soul swallowing gourd would be the perfect addition to any haunters Halloween display
and a wonderful decoration for the most hallowed of days!

All of these atrocities can be found for sale in our Etsy shop here: http://www.etsy.com/shop/revenantfx

Hope to see you next week at the Toronto Zombie walk 😉

We’re all set up and ready to go;  zombie gnomes, horror masks, zombie heads and more!

Plus there are tons of other cool vendors and guests to check out.

Considered by many to be the “Comic Con” of Canada, Fan Expo Canada™ humbly began as the Canadian National Comic Book Expo in 1995. Growing from one genre with 1500 fans to a multifaceted show connecting over 90,000 fans, Fan Expo Canada™ is currently the 3rd largest pop culture event in North America!

The success of Fan Expo Canada™ is not only due to its unique content but also its growing, diverse community. 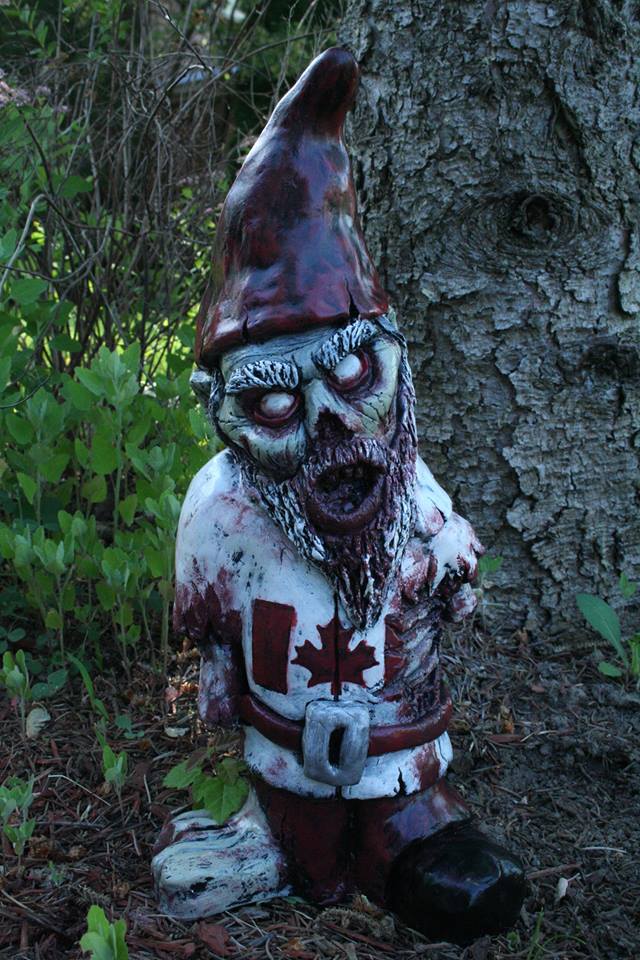 In the spirit of  Canada day and pride week, we created a few special versions of our Ribor Mortis Zombie Gnomes to show our support!

Here they are, Hope you enjoy them and we hope everyone had a great celebratory undead weekend here in Canada and abroad 😉

Alot of new stuff to post in the coming weeks but for now…
WHO”S COMING TO SCAREFEST?!?
We are pleased to announce that we will be taking part in this years CHA Scarefest!
So far it’s shaping up to be an awesome event with tons of cool vendors, speakers and a few workshops from what we hear..

For more info click the banner above or the picture below and check out the official website..
Let’s be honest come July we could all use a little more Halloween in our lives 😉
Hope to see you there!! 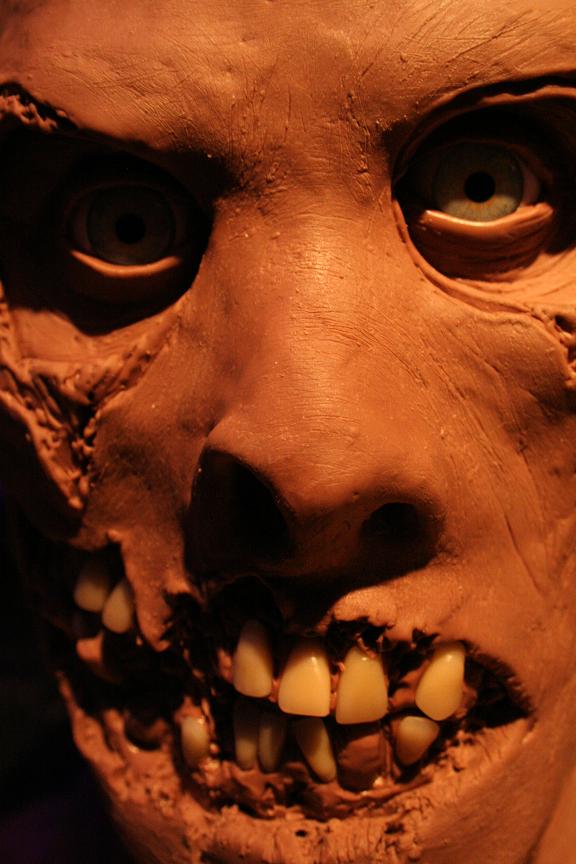 The warm weather is finally returning and the beginning of spring means the dawn of more undead for RevenantFX!

We’ve been busy little cadavers,; conjuring spells and raising the dead is hard work but we’ve got lots of new stuff to show you 😉

First off , we have some new latex masks that will be ready for this season.  Here’s the first, a skin mask in the making. It will be available in a wearable version and a display version in the coming months. Enjoy! 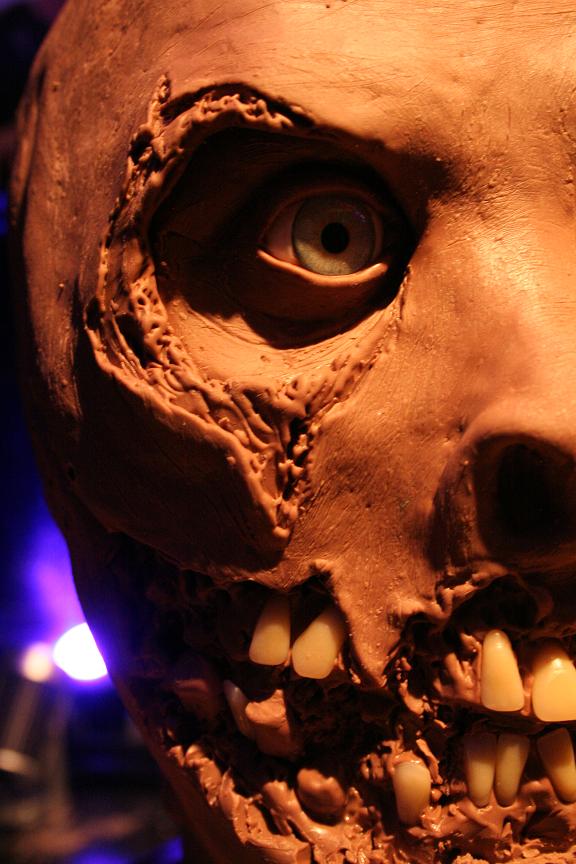 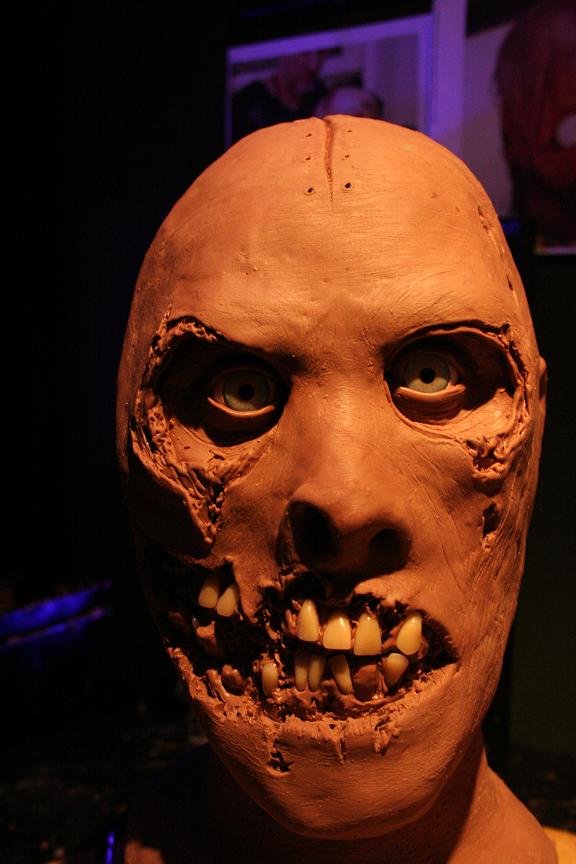 Secondly, we have here our newest addition to our little Walking Dead Clan. He will also be cast in late and offered in both wearable and display version. With many different paint schemes available. We believe that one company can never truly have too many different Zombie Heads to choose from. 🙂

Next up we have a work in progress. The newest member of our Garden Nightmares collection. From deep within the bizarre annals of American history comes a strange, possibly inbred killer. Best known for his love of Chainsaws. His penchant for taxidermy and his mask. We proudly present The Texas Chainsaw Butcher. He’s 12″ tall and can’t wait to become your personal arborist. He’ll be available in the coming weeks via our Etsy shop here: https://www.etsy.com/people/Revenantfx The only question that remains is… Who in the Garden will Survive? And what will be left of them…?

Last but most definitely not least, Riber Mortis! You may ask what is Riber Mortis? A recent cause of death thought to be linked with the current dine -in special at your local BBQ joint?
Well possibly..
But not in this case.
Riber Mortis is the name of RevenantFX‘s  newest Zombie Gnome!
Torn and tattered
Ravaged and battered
Rigor to stay
And ribs on display.
This ravenous beast seems to actually be enjoying his life after death. As his taste for brains far surpasses the lack of taste he brought to the lawn while in life. A true carnivore, it is thought that he may actually be the one responsible for eating his arm… (Gnome wings?) who knows?… What we do know, he stands 12” tall and is cast in solid gypsum cement. Handcasted, hand-painted and  hand finished with a high gloss outdoor sealer.

More to come soon! Until then… 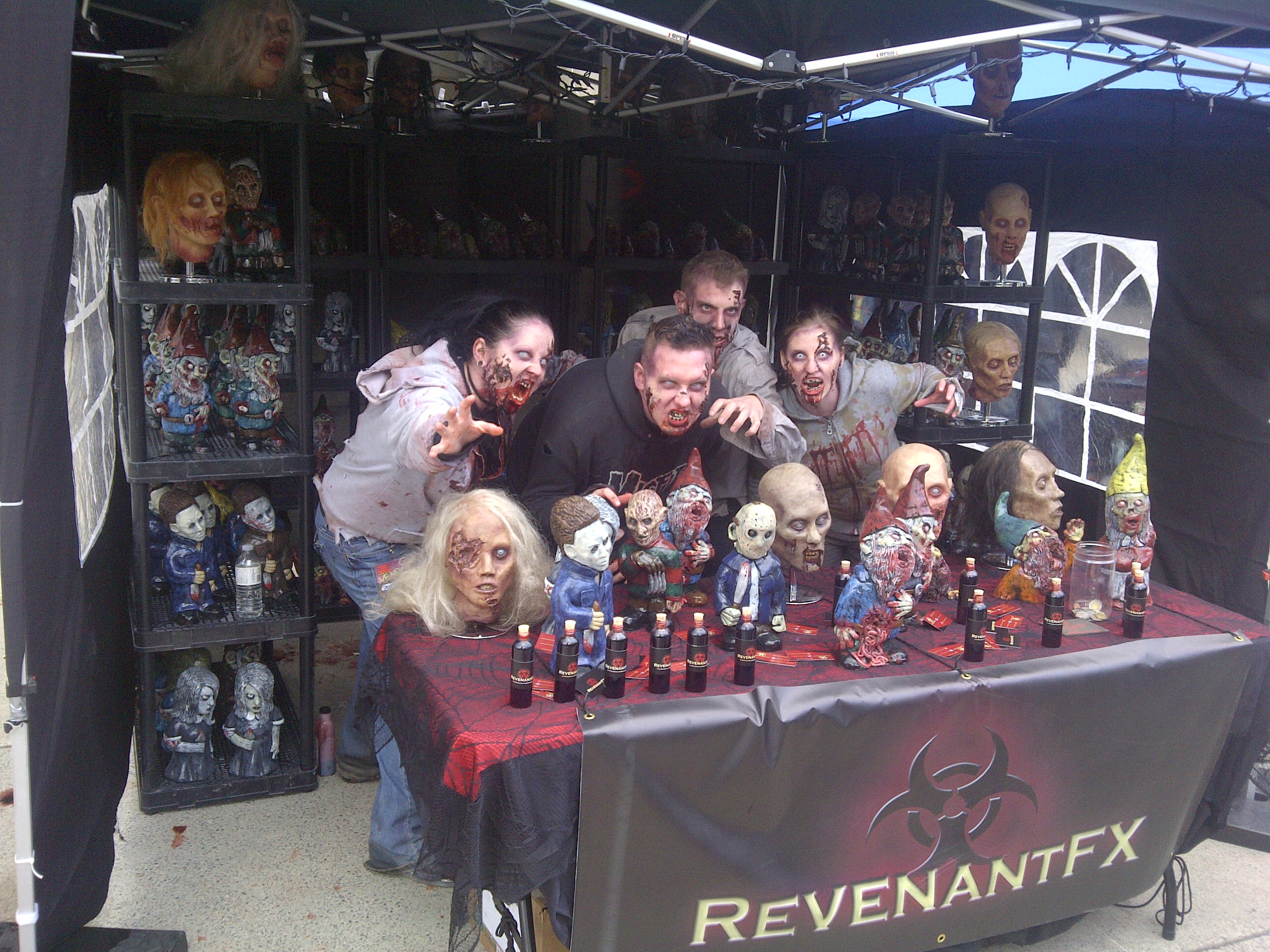 Hey There, We didn’t get to post this on here last week so here it is now :p

To all our many fans, friends, fiends and fellow zombie enthusiasts. It was exactly 1 year ago today that we cast our first zombie gnome.
In the past 12 months it has been such a pleasure to meet and deal with all of you fiendtastictly gruesome guys and ghouls.
Thanks to all of your support we’ve spread the infection wider and farther than we ever could have expected.
The undead are now haunting yards and households all around the world and there’s plenty more to come 😉
So from all of us here at RevenantFX we’d like to thank all of you so sooo much!
And…. As a of a show of our thanks we’re going to start doing some contests/giveaways/chance to win free gnomes to help add some more undead to the community and further spread the infection!
Watch out for the first one this week at http://www.facebook.com/revenantfx and again thank all of you!